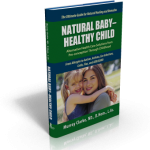 From allergies to autism, asthma, ear infections, colds, flus, and ADD/ADHD, this is the ultimate guide in natural healing and remedies for your child.

The last forty years have shown an epidemic rise in American children suffering from poor health and chronic health conditions. This is also a global phenomenon and we now see the same increases in all these disorders affecting children in Europe, Asia, Australia and New Zealand. Why? And what do you, the parent, need to know and do, to protect your child’s health in today’s world.   [more . . . ]

“Finally a book has come along that speaks to the real issues facing our children’s well-being.”
Phil Harrington, MD
Founder, Human Health Project

When Julia first came to my clinic at the age of 14, she already had a six-year history of ongoing stomachaches and constipation, for which her family had taken her to see many highly recommended doctors.

She had been given many different tests and prescribed many different medications including antacids, antibiotics, steroidal and non-steroidal anti-inflammatories, and had even been recommended antidepressants.

Now, six years later with no real improvement in her original symptoms of recurring stomach pain, she now also suffered from migraine headaches, fatigue and an underlying anxiety that was affecting every other part of her life-experience, including her social life and scholastic abilities.

Looking at this history of symptoms and the testing that had been done, I was extremely surprised to see that no one had looked or tested more closely for gluten sensitivity through stool testing rather than just the blood test.

After talking and listening to Julia to find the exact characteristics of her particular stomach aches, migraines, anxiety, fatigue and personality we prescribed her constitutional homeopathic remedy, Nux Moschata 6c to be taken once daily and immediately ordered a gluten sensitivity stool test.

The gluten sensitivity test confirmed her sensitivity to gluten, and by placing Julia on a gluten-free diet and continuing to have her take her homeopathic remedy she immediately began to feel better. All of her symptoms began to decrease in intensity and frequency and over the course of the first three months, she experienced 80 percent improvement, her self-confidence returned as her energy returned and she looked forward to school again. Her life had dramatically changed course.

Gluten Sensitivity – An Ever Increasing Problem

Gluten is a protein found in all forms of wheat, matzo, couscous, semolina and other wheat-like grains which include; barley, rye, bulgur, kamut, spelt and triticale.

Of all the possible food allergens and sensitivities, gluten is most likely to be the most prevalent and definitely the one that is capable of causing the most harm.

Gluten sensitivity occurs when there is an ongoing immune reaction to gluten in the diet, usually detected by testing for antibodies against a subprotein of gluten called gliadin. Until recently, blood tests were mostly used to detect these antibodies, with results indicating around 12 percent of the general American public suffering from this sensitivity. However, current research utilizing stool testing has revealed that these antibodies can be detected in the stool in up to 35 percent of the population. This means that potentially one in every three children may have this sensitivity and should be avoiding gluten.

All of the developmental and autistic spectrum disorders involve different degrees of dysfunction in our most sophisticated and delicate organ: the brain. From the perspective of holistic and biomedical medicine, we know that the brain does not just malfunction by itself. Any malfunction is usually the result of a direct brain injury from trauma and concussion, or the consequences of an ongoing immune/inflammatory reaction that is occurring within the brain and triggered by some form of irritant or external pathogen. In the majority of children suffering from any one of these disorders, a multi-faceted approach is required to address and heal the underlying and associated problems in the body that are directly related to and contributing to the dysfunction of the brain.

Most importantly, healing and curing a child with any of these conditions requires patience and time. In my own clinic, the biggest factor determining the degree of success in curing children with these conditions has been the ability of the parents to consistently apply the treatment and remedies.

This treatment requires a well-organized and comprehensive approach involving each of the following six key components:

Emily was diagnosed at six months of age with urinary reflux, a condition that makes a child very susceptible to urinary tract and kidney infections. At this time she was prescribed antibiotics to be taken daily on an ongoing basis to prevent these infections.

Over the course of the next year, Emily began to develop skin rashes, which were diagnosed as eczema, suffered from recurring yeast infections, had five ear infections over the course of eight months and caught almost every cold that went around her day care center..

The recurring yeast infections confirmed that the antibiotics had disrupted the balance of good bacteria in her intestinal and digestive system, a common side effect of antibiotic use, and which often leads to skin rashes and eczema. The recurrent ear infections and her susceptibility to catching every cold that was going around indicated that her immune system had also been compromised and weakened by the ongoing use of antibiotics.

First, we adjusted her diet by placing her on the Blood Type Diet that suited her O blood type. By following her blood type food choices, we were helping her avoid the foods that she was most likely allergic to and that were irritating her immune system and aggravating her skin condition. foo

Emily was also started on her constitutional homeopathic remedy, Syc.Co 12 c, and nutritional supplements to support her immune and digestive systems: colostrum, probiotics, cod liver oil, vitamin C and vitamin D3, all of which are taken once daily.

After three months her parents began to see the changes and signs that her immune system was recovering and growing stronger again. No more yeast infections, indicating that the colostrum and probiotics had restored the digestive and intestinal system back to normal. Fewer colds and coughs, and she was recovering faster whenever she did start with any cold symptoms. The skin rashes and eczema were gradually going away.

It will take some time to bring Emily’s whole system and being back to full health—probably at least a few years of taking the homeopathic remedy and nutritional supplements while continuing to watch her foods and diet. During this time the colds will become less frequent, her recovery time will continue to improve and her immune system will be able to protect her in the way that it was designed to do.

Although we in the Western world think of cow’s milk as the drink for children, the reality is that most of the world’s children grow up on goat’s milk. Some 70 percent of children worldwide grow up drinking goat’s milk. When we compare the two, we see that goat’s milk makes far more sense for the majority of children.  Consider the following:

This is the sad reality of children who are entering the world these days.

It is no longer up for debate whether exposure to and accumulation of toxins during pregnancy affects the health, development and intelligence of the baby. It is a fact.

It is imperative to learn about environmental toxins, the harm they cause, how to limit exposure to them and how to protect ourselves and our children from their effects through neutralization and detoxification. These are the goals of this chapter.

My son David, now 10 years old, experienced problems from birth. He was hard to breast feed, had colic, slept poorly and was hard to manage.

My name is Julia and I am David’s mother. Nothing in the world could have prepared me for the frustration, desperation and insanity that I have endured with one beautiful and very much loved little boy.

I have been unable to work, shop, attend church, go to a restaurant, go on vacation or even drive my car with David. No babysitter, day care personnel or school would take care of my son because he was so hard to manage. I felt as though I had been incarcerated.

Diagnosed with borderline ADHD, the obvious choice for David was medication, namely Ritalin, according to his teachers and school principal. My choice was homeopathic medicine. Growing up in England, I was no stranger to holistic medicine. My father, a medic in World War II, always had a cure for ailments using herbs.

Many phone calls later we found Dr. Murray Clarke, who treated children with this disorder. David was 7 years old and we were in our fourth school by then. I didn’t mind that Dr. Murray was 35 miles away and the drive involved heavy traffic, because by then I would have traveled to the moon for this little boy.

I woke up each morning dreading what the new day would bring in the life of David, how many phone calls would I get from school, would he grab my arm from the steering wheel or would he have a temper tantrum in a grocery store that would go on for hours.

About once a month—depending upon the stresses in David’s life, his growth spurts or changes in his diet—I watch for any changes in his being such as decrease in appetite, change in disposition, hyper-ness, restlessness, verbal abuse, aggressive behavior or abnormal symptoms. We know that it is time for his monthly homeopathic remedy and visit to Dr. Murray. Other than this life is normal…Thanks, Murray. —Julia

Natural Treatment For Your Child’s Cold

The common cold is usually caused by a viral infection that can affect the nasal passages, throat, airways, and lungs. In addition, there may be more systemic symptoms such as body aches, tiredness, dizziness, headache, fever and effects on mood. You can help your child recover more easily and reduce the duration of a cold with the following remedies.

Select one of the following homeopathic remedies:

Give the remedy in 30 c potency, 1 pellet every 4 hours until all symptoms are clear.

Continue giving the treatment until all symptoms are clear and then reduce the dosage in half for three more days to prevent any relapse.

Welcome to Natural Baby. Healthy Child. This site will discuss all aspects of raising a healthy child and provides useful resources to assist you .  Many of these topics are also discussed in depth in my new book by the same name. To find a topic of specific interest, you can click on the categories (see the sidebar) or use the site search.

I hope you will return often and contribute with your stories (Share page) and comments to these blog posts.  Also, feel free to contact me using the information on the site’s Contact page.